Every year at Sibos, using the Volante Reaction Wall, Volante polls attendees on four daily topics chosen to spur reflection, interaction and conversation on key themes in the financial services industry. This year’s Reaction Wall had over 325 votes cast, running the gamut from familiar subjects such as payments in the cloud and SWIFT gpi, to TR-31 key blocks. Read on for a summary of the questions and results.

Question 1: Which payments and messaging trend will make the biggest difference in the next three years?

The fact that open banking and cloud payments as a service were tied in top place is illuminating, as the two are closely related: cloud is the best way to deliver open banking services, and API usage is in turn driving financial institutions towards the beneficial economics of cloud deployment.

ISO 20022 migration being seen as making a bigger difference than real-time / instant payments is also not a surprise, as ISO 20022 messaging is being mandated by multiple market infrastructures, affecting everyone within those infrastructures, whereas real-time payments are still optional in most jurisdictions.

Question 2: In five years, what % of payments will be processed in the cloud?

As an indication of the audience’s strong belief in the potential of cloud, nearly half of the respondents (47%) were confident that over 70% of payments would be processed in the cloud in five years. Almost another third (31%) felt that cloud would be processing between 50% and 70% of all payments within five years.

The conclusion is clear: Sibos attendees are bullish on cloud, and are actively involved in making ‘cloud first’ the default strategy for bank to bank payment processing in the next five years.

Question 3: Which industry deadline will be the most challenging?

Has there ever been a Sibos without looming deadlines? This year there were almost too many to count. We asked voters to decide between the 2020 universal payment confirmation requirement from SWIFT, related to gpi adoption; the migration from MT to MX messaging taking place in stages over the next few years through 2025; the US Fedwire® system’s ISO 20022 transformation through 2023; and the 2020 TARGET consolidation.

The clear winner was the 2020 universal confirmation / gpi requirement, with 39% of the vote. SWIFT MT-MX and the Fedwire® ISO 20022 transformation were a close second. The TARGET consolidation received only 6% of the tally, surprising given the nearness of the deadline and the wide-reaching nature of the transformation.

We also invited voters to suggest their own deadlines – the IBOR transition and Canadian payments modernization figured strongly amongst these.

One intriguing contribution to the list came from the cryptographic community, with one or two respondents highlighting the difficulty of migrating to the TR31 key block format.

Question 4: Which non-financial technology will have the biggest effect on payments?

The final question took in the broader universe of non-financial technologies and trends. We asked respondents to choose between biometrics, behavioral analytics, augmented reality and 5G / Internet of Things, or suggest their own ideas.

Biometrics tipped the scales as the top choice at 37%, with behavioral analytics not far behind (33%). This was not surprising as security and identity verification are major ongoing challenges in payments, while behavioral analytics – understanding customers' payment patterns and behaviors – represents a significant opportunity to improve customer experience and monetize value-added services based on a better understanding of data.

Augmented reality and 5G/IoT were well behind, likely because the focus at Sibos is mainly on commercial not retail payments and those technologies, at least at this time, seem more pertinent to the consumer world.

Audience suggestion this time included voice recognition (of course!), social media, and interestingly, human influence – the idea that ultimately the greatest effect on payments, or indeed all aspects of our personal and professional lives, is the technology that runs inside the human brain.

So that’s the 2019 Volante Reaction Wall – plenty of food for thought until the next Sibos! See you in Boston 2020! 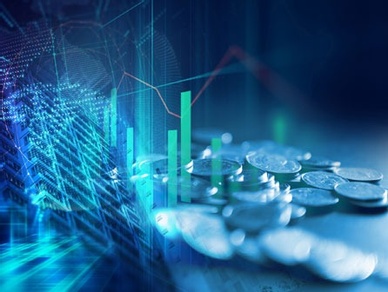 The New Era of Payment Hubs 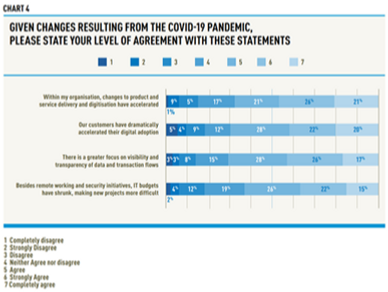 The Imperative Shift of Payments to Cloud

Financial institutions must consider modernization to the cloud to benefit from cost-reduction advantages and improve efficiency in a post-COVID world.