A corporation’s cash conversion cycle is a useful barometer of its financial health.

The cycle − which involves systems and processes ranging from procurement to payables, trade financing and reconciliation − is the time it takes between a company paying for inventory, selling the inventory and collecting cash. The lesser the time between the two, the better for the company.

A European Banking Association survey comparing best-in-class accounts payable processes versus all others found a cost advantage of $10.32 per invoice and 8.6 days processing time reduction for companies with the best financial cash cycle.

Innovation from fintech companies and advances in technologies such as Application Program Interfaces (APIs), which connect IT systems, are helping to accelerate financial cash cycles. For example, APIs are being used to connect banks’ old “legacy” IT systems to modern, multi-channel payment hubs using standards for financial data such as ISO 20022.

Virtual account numbers – digital accounts – are another way that corporates’ treasury departments can streamline parts of their operations. They are mainly used in Europe but are increasing in popularity in North America.

A number of large financial institutions, including Goldman Sachs, have introduced products to simplify virtual account management and virtual accounting, expanding their reach to smaller corporations.

Businesses of all sizes are starting to demand faster, more transparent and cheaper cross-border payments. Until recently, the only real B2B option has been the traditional SWIFT correspondent banking network. However, SWIFT gpi is extending that, with other potential options that include Visa Direct, Visa B2B Connect, Mastercard Send, and blockchain options such as Ripple. Eventually there will be international connectivity between sovereign real-time payment systems, as is already happening with P27 in the Nordic region.

Cross border payments are tied to global trade, which in 2018 was estimated to be $25.2 trillion for wholesale goods and services. This business trade involves numerous transactions including payments associated with shipping and trade financing.

The global market for cross-border payments was approximately $34 trillion in 2019, with business-to-business transactions representing about 84% of the total, according to research commissioned by Volante and done by Mercator Advisory Group, which advises the payments industry.

There are also trillions of dollars moved around the world daily for non-trade purposes, including intra-corporate liquidity, foreign exchange and syndicated loans, initiated through local high value payment systems such as Fedwire and CHIPs in the U.S.

Although the pandemic has generally reduced the value of these payment use cases during 2020, there is there is a growing demand for better methods of executing cross-border payments

Payment speed is only one of the factors behind the development of real-time payments systems that are now available in at least 57 domestic markets around the world.

Benefits for business customers include the availability of remittance data, improved control over the timing of payment, and technology that can support an “always on” economy.

In 2017, The Clearing House launched a US real-time payment service, “RTP,” for US financial institutions. Today, it reaches more than 50% of U.S. demand deposit accounts, according to The Clearing House. SEPA Instant payments in Europe is seeing similar success, with RT1 and TIPS offering complementary routes for sending and receiving instant SEPA credit transfers.

Demand for RTP, SEPA instant, and other B2B real-time payments services is expected to grow this year and beyond. Financial institutions can offer a valued service to their customers that can be easily monetized and automated, reducing their costs.

Around the world, financial regulators are introducing new frameworks to encourage faster, secure payments and improve banking services. The European Union’s second Payment Services Directive (PSD 2) was one of the first such initiatives, with the UK and other countries also having passed Open Banking rules to make it easier for customers to switch accounts, and to give other companies such as fintechs access to their accounts to develop new services.

Open Banking initiatives are also under way in Australia, Canada, Hong Kong and Japan. Most major financial institutions have created some form of API “sandbox” − a controlled-access portal for developers – to facilitate the development of new payment services.

Modernizing bank payment systems will require banks to migrate from existing messaging formats to the growing global standard for sending data via electronic payments − ISO 20022. The timeframe is uncertain due to the pandemic, but the majority of networks, including SWIFT, are likely to complete their migrations within the next three years.

ISO 20022 is being used for all new real-time payments systems. It is already the standard in Europe’s Single European Payments Area (SEPA) schemes

Migrating to the new standard could be a major IT project for some banks, but the expected rewards, including reduced fraud and reconciliation effort, and higher straight-through processing, should more than compensate for the effort.

Ultimately, the best way for banks to help their corporate customers optimize their cash cycle is to provide them with more modern digital corporate banking experiences and services. Virtual accounting, cross-border payments, real-time payments, API banking, and ISO 20022 are only some of the necessary elements. Banks also need to look at running more efficient infrastructures and accelerating the delivery of new services, which is one reason the way forward lies increasingly with cloud and as-a-service provisioning models.

Download our report on modernizing digital corporate banking to learn about these trends in more detail. 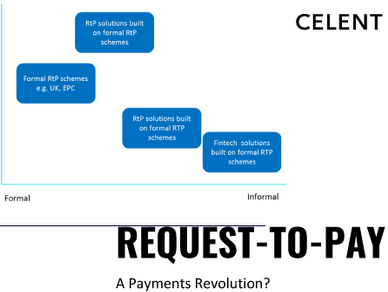 Request-to-Pay (RtP) is the new killer app for real-time payments. It is a well-noted fact for banks keen on building a digital future that both real-time payments and open banking should be integral technologies in their respective digital toolboxes. RtP’s are being increasingly deployed as the first overlay services built on top of real-time payment infrastructures. 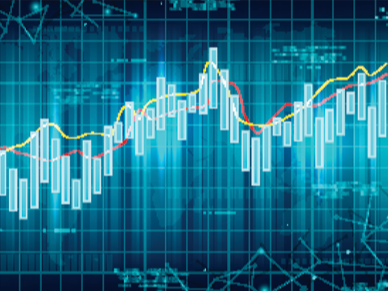 Financial services companies are finally cashing in on cross-border payments. There is more innovation and change than ever in the global payment industry.