The State of Real-Time Payments

Melissa Burns, Sales Director of Payments at Volante Technologies, sits down with Srini Chintakrinda, Senior Director of Product Management at Volante, to discuss the evolution, adoption, and implementation of real-time payments.

What trends are you currently seeing in the payments space?

There are three main categories of trends. The first is an acceleration of practices that have been around for a few years, such as the increase in the adoption of real-time payments and digitalisation. With the US and EU set to mark their four-year anniversaries for The Clearing House’s RTP network and SEPA Instant Credit Transfer scheme (SCT Inst) respectively, the popularity of these programmes is reflected in the fact that global real-time payments transactions increased by 41% in 2020 compared to the previous year. We have also seen a significant acceleration of digitalisation through the pandemic, as financial institutions have had to turn themselves into remote organisations with a greater focus on hands-free, straight-through processing types of interactions for consumer and business payments.

The other trending category is the convergence of many different clearing and settlement systems to the new ISO 20022 payment messaging standard for both payments and securities. Financial institutions that are able to send and receive ISO 20022 messages can benefit from the ISO 20022 enhanced data throughout the transaction lifecycle for sanctions screening, AML monitoring, reporting and reconciliation. As we have mentioned it in the past ISO 20022 is going to be new language of payments and financial services messaging.

When combined, these two advancements to the payments space are effectively driving transformation modernisation technology - particularly in the move to the cloud. Cloud technology makes it much easier to facilitate real time payments, the increased digitalisation of straight-through, 24x7 payments, and the extended data promise of ISO 20022. This ability makes it much easier, therefore, for banks to move quickly in these areas, which is necessary for them if they want to compete with more agile FinTechs.

The other emerging trend FIs need to prepare for is crypto currencies. There has been plenty of buzz in the industry about crypto currencies and active discussions to use them in Payments space. These digital currencies can range between Bitcoins, Stable coins and CBDCs issued by Central Banks. While several organizations have started accepting Bitcoins for payments, Stable coins are being put in place by some tier-1 banks to facilitate payments. There have been plenty of white papers compiled by Central banks and regulatory institutions on CBDCs explaining their prospective utilization. I foresee the Cryptos will open up a new play space for innovation in Payments that will put more pressure on traditional banks, but there is a long way to go.

Over the past 12 months, have you noticed an increase in countries implementing real-time payment systems? What are the benefits of this?

Absolutely, yes. The Middle East launched Buna in 2020 (in fact in February 2021, Volante processed the first end-to-end instant payment in the Kingdom of Saudi Arabia), and Canada's Real-Time Rail (RTR) is expected to launch in 2022.

Real-time payment systems provide multiple benefits and also address multiple use cases in day-to-day transactions. Not only will they give consumers and businesses much more choice in the way they make payments, they will also speed up the transfer of money to ultimately help support the type of instant, 24x7 commerce necessary in a post-pandemic world. Banks themselves can also benefit: because an increasing number of transactions will be performed in real time, the amounts invested in maintaining legacy systems (such as those for processing cheques) can be minimised. In addition, because real time payments are usually connected with ISO 20022, which allows the transfer of a vast amount of corresponding data, the complexity surrounding reconciliation and the prevalence of fraud within trade finance is thus expected to decrease.

Does the industry have support from regulators when it comes to real time payments?

Yes, all the real time payments networks have been developed hand-in-hand with regulators. While some RTP systems are industry initiated in the private sector, public sector entities are also emerging with RTP rails, and those are bringing very heathy innovations. Support of regulators can also be seen by the development of cross-border initiatives, such as the P27 Nordic Payments Platform and Buna in the Middle East. In the future, it will be possible to do 24x7, real-time payments across currencies, truly making the world a borderless place for payments.

What countries are leading the way with real time payments?

It depends on what is meant by leading. Whilst we had a first wave of initiatives during the early to mid-2000s (including Mexico’s SPEI® and UK’s Faster Payments- Service), the second wave from 2016-2019 incorporated The Clearing House’s RTP network and SEPA Instant Credit Transfer scheme (SCT Inst) which are seen as leaders in global real time payments space as they are predominantly ISO 20022-based networks. On the other hand, the take up in Sweden has increased significantly (usage of mobile payment system Swish reached 94% of the Swedish population in 2020), and has accelerated their conversion to a cashless society.

Are there any risks or challenges of real-time payment systems?

Anytime that a new way to move money is invented, there will inevitably be fraudsters and bad actors attempting to use those mechanisms to serve their interests. But in this case, the risk is diminished because real time payments systems have been specifically designed to prevent some of the more common types of fraud. There is, however, a technological risk for banks if they do not properly plan for the transition to real time payments. For instance, when SEPA launched, many banks in Europe decided to start with payment receipt. When it came to sending payments, however, they found they could not meet the 24x7 immediate clearing SLAs of instant payments. As a result, they had to redo their technology approach - a mistake that could have been avoided by testing send and receive at the same time, even if both were not rolled out immediately to their customers. This is particularly important with November 2021 looming as a deadline for participating in TIPS.

For more information on real-time payments and other cloud payment services, download our whitepaper Digital Modernization in Corporate Banking.

Melissa Burns is a Sales Director of Payments at Volante Technologies, where she focuses on providing financial institutions with modern cloud alternatives to complex legacy payment solutions. Her trusted-partner consultative approach has helped banks of all sizes simplify the complexity of payments modernization. Prior to Volante, Melissa was a leader in IBM’s Salesforce practice where she focused on organizational strategy and customer success across multiple industries.

Srinivas Chintakrinda (“Srini”) is responsible for Volante’s cloud-native payments and financial messaging solutions in the Americas. He is a domain expert with over twenty years’ experience leading payments solution strategy at the world’s largest banks, and represents Volante at the U.S. Faster Payments Council and other industry associations. 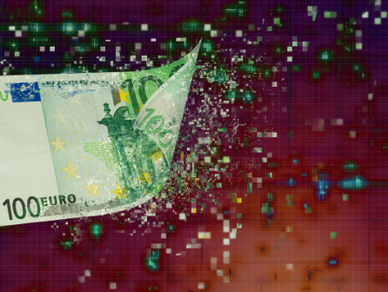 Real-time Intraday Liquidity Management – The Here and Now Imperative for Banks and FIs!

The accelerating change in the payments landscape is disrupting traditional banking service delivery models. Real-time intraday liquidity management is now a “must-have” capability, both for internal operations and customer-facing offerings. 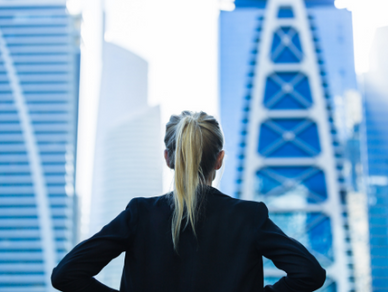 Everyone reading this is aware of the profound impact of coronavirus on both the general public and businesses around the world – but what can we in the payments industry do to meet the changing needs of our post-COVID world?